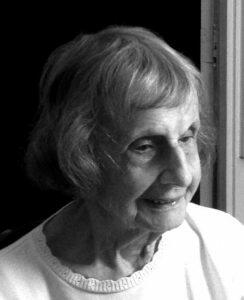 Applicants for a grant of up to £250 may be from any area of TA training only, but they must be contractual trainee members of UKATA intending to study to CTA level, and the grant cannot be made to pay for main training costs.

As funds are limited applications will be assessed by the trustees, Julia Molony and Carole Stilwell, and will be decided on merit.

Who was Margaret Turpin?

Margaret Turpin was a pioneer of Transactional Analysis in the UK and was instrumental in the formation of the ITA back in 1974, together with Michael Reddy.

She was in General Practice in the NHS and came across TA in 1972 through reading the book “Games People Play”, suggested to her by a psychoanalyst at the Tavistock Clinic. Margaret was so enthused TA that she entered a TA training programme with Warren Cheney – in Oakland, USA! Once she had qualified she left general practice to set up her own training/private client practice. Over the years she trained with Jacqui Schiff and the Gouldings. A highlight of her career was teaching TA 101 courses to General Practitioners at the Royal College of general Practitioners. She was involved with TA in the UK and Europe for over 18 years before retiring in 1998.

Margaret was keen to help those who were in training but could not afford the extra workshops and training that enhanced the learning of those who could pay for them. Margaret retired from involvement with the MTTT some time ago and sadly passed away in 2015. We are very grateful for her generosity and contribution to TA, and is sadly missed but always remembered.

Iron Mill College uses cookies and similar technologies to deliver, maintain, and improve our services. Some are necessary to help websites work properly, can’t be switched off and do not require consent, and some are optional but support IMC and your experience in other ways. You can find out more in our privacy policy and cookie policy by using the links at the bottom of every page. By clicking “Accept ” you agree to the storing of cookies on your device to analyse site usage and assist in our marketing efforts.

Join our Certificate in Counselling course! Starting in September 2022 in Poole and Exeter!